Unique fire risk in Warrandyte area.
Warrandyte is a dangerous place to be during a bushfire. Limited access means there is no means of evacuation once a fire event has begun. All residents must prepare their homes to defend, or leave the area early in the day, before a fire begins.
Don't Wait and See
Fire will likely approach from the north-west, but a wind change could also cause impact from the south-west.
Bridges at Kangaroo Ground Road and Fitzsimons Lane will become congested. Little chance for evacuation across either of the two bridges, or the Main Road to Lower Plenty Road route. 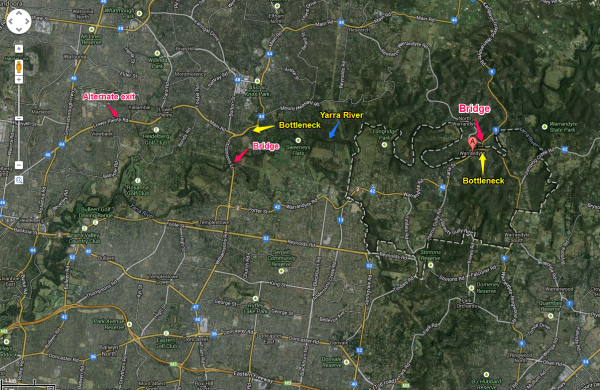 18th August 2013 - Fires have broken out in Gippsland, in difficult terrain.
Fire appears to be in ecological sensitive area - Mountain Ash forest of Gippsland - home of several threatened species.
Latest info:
5.15pm The two reported fires are the same fire. The reason for the two entries on CFA's website was that one was a CFA job, and the other was a DSE job. The geotags were a fair distance apart from each other.
So, we only have the one fire - called 'Quarry Control'.
5.00pm - 4ha in size.
5.10pm - Listed as 'Contained' on CFA website.
Ends latest info.
Tyers - Quarry control:
4 hectares in size.
3.15pm DSE have taken control. Two CFA units remain onscene to assist with water.
4.00pm Sitrep by radio: DSE nearly have it under control - expected to shortly. Wordback from CFA was "Grassfire Stop". Smoke in area until tomorrow. Being logged into system as a burn-off. [Note: this sitrep and wordback may have been given for Boola fire, but misheard.]
4:18pm Now 4ha.
5.00pm Still listed on CFA website as 'Going'.
Boola - Tyers-Walhalla Rd:
1.55pm Burning out of control. CFA crews pulled back owing to dangerous conditions.
3.15pm DSE now in control. All but three of CFA units withdrawn. Wind is creating difficult conditions.
4.04pm The Boola fire has been listed as 'Safe' on CFA website. 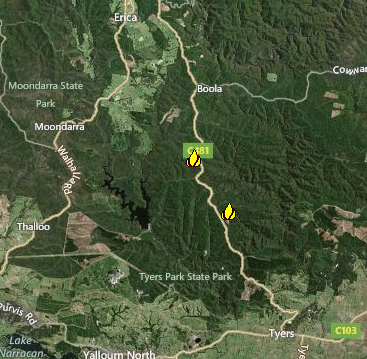 Mapping thanks to Incident Alert. 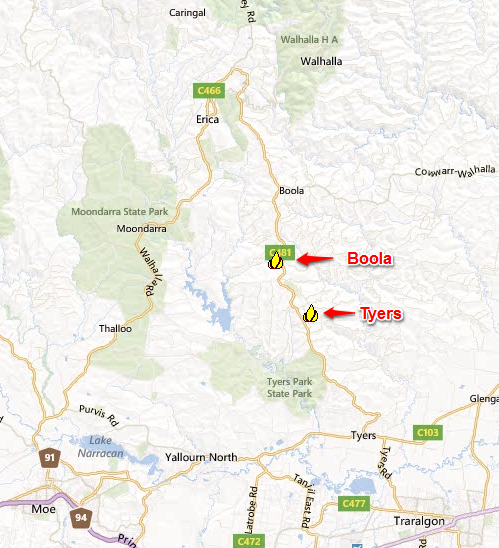 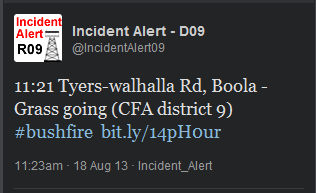 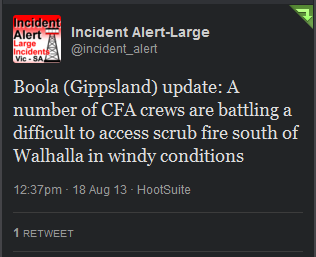 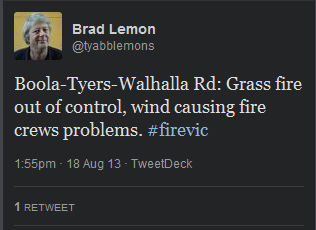 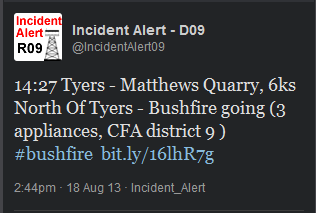 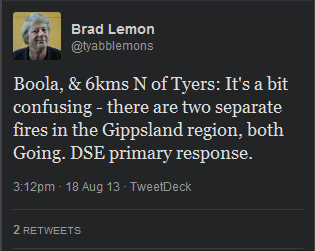 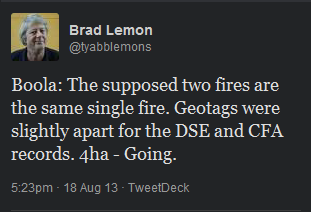 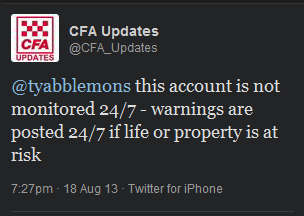 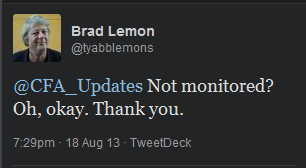