Who's making money from solar powered homes in Victoria? 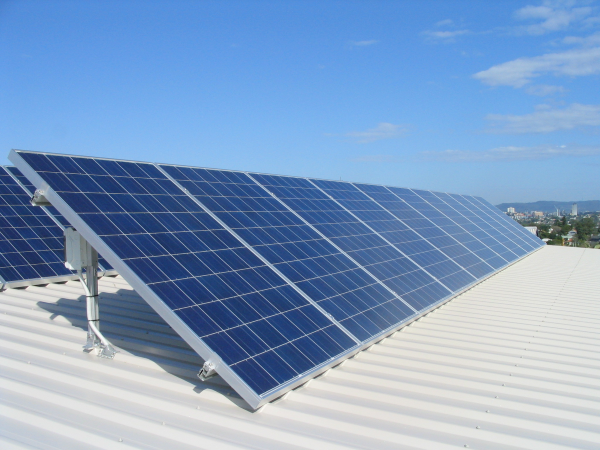 There are two secrets about the PhotoVoltaic (PV) solar energy market which are not generally known by people who don't have PV solar panels fitted to their homes.
Both these secrets are revealed in just a single day's readings from our smart-meter. By controlling the price paid for electricity, government and big business set the growth rate for the adoption of solar power in Victoria, regardless of any 'rebates' being offered for installation. Secondly, private individuals and families generating power for Victoria's grid are being ripped off, by being paid a fraction of what their power is worth. The situation is unsustainable, and will soon impact on the Victorian economy.
What a single day's readings reveal:
Yesterday, the 4th December 2014, was a pretty good day for solar power in Victoria. It's a fine example to use, so I'll break down the numbers.
In our house, we're large consumers of electricity, with 3 refrigerators and many computers which run 24 hours every day. Yesterday, our house consumed a total of 32.49 kw/h of electricity. This is slightly higher than our average as we are running an extra freezer in the lead-up to Christmas, and we used the air-conditioner for an hour or so.
We have a good-sized PV solar system (20 panels), but we don't have any storage, so our excess power is fed back to the grid. Our solar system can't generate power at night, so yesterday we bought 13.8 kw/h of electricity from the grid, via our utility provider. The rest of the power we used (18.69 kw/h) was generated by our solar panels. The numbers can be a little confusing, but note that our solar installation generated more than half of our overall consumption. It actually generated quite a bit more, which was sent back to the grid.

Now, as mentioned, we bought 13.8 kw/h, which costs us 23.32 cents per kw/h including GST, for a total of $3.22. This amount will be added to the total on the next bill from our utility provider. (This is on top of a 'service to property' charge of $75.65 on our last bill, which is supposed to cover the cost of the electricity infrastructure (poles, wires, transformers) that we use in the supply of electricity to our house.) Everyone pays the whopping service to property charge - unless you disconnect from the grid.
Our power is as good as their power:
As I mentioned, we have no storage for our solar generated power, so what we don't use, we feed back to the grid. This is the first secret of how government and big business control the market. Yesterday, our system was generating more power than we were using, and so 10.3 kw/h was sent to the grid. Here's the big rip-off. We get paid 8 cents per kw/h, so we got paid just 82 cents for all that power!

Electricity always finds the shortest route to earth. Whichever neighbour (on the same electrical phase as us) is physically closest will be the actual consumer of the power we are sending to the grid. That's likely to be a house just a few doors away who doesn't have solar power. And they will be paying more than 23 cents kw/h to buy the power we just got paid 8 cents for. What work does the service provider do to earn such amazing profits? They just maintain the wires. 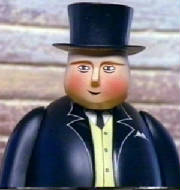 So, someone is making a lot of money from power I'm generating, and it's not me. The way our whole electricity sector is set up, the utility companies, (who are nothing more than fat 'middle-men'), get to make bucketloads of money for very little overhead. This keeps coal-generated power more competitive, and this in turn keeps our economy ticking over nicely. The State of Victoria can't afford to change this unfair system because of the dramatic effect it would have on two industries - coal, and power. By keeping the buying price low, governments and big business are able to discourage people from installing PV solar power hooked up to the grid, regardless of any rebate offered for installation. A good PV solar installation costs as much as a decent second-hand car. A family has to budget carefully to acquire such infrastructure. Those of us who don't have wads of cash lying around struggle to finance it. This keeps the coal-fired power plants competitive, artificially propping up the coal industry - but not for long.

Living on borrowed time:
The Victorian economy will definitely collapse if this imbalance is not addressed. The problem is that current battery technology is nearly at the tipping point, where it's cheaper to disconnect from the grid and run a totally closed loop for your power needs, than to feed into the grid. In our case, we'll need a few more panels and enough battery power to last us through cloudy days. This technology is already available (at a price), and it has caused such an upset in the market in the USA that Florida has made it difficult to disconnect from the grid - most likely to avoid their utility companies ending up with 'stranded assets'. There will come a time when it's no longer viable to maintain the miles and miles of wires throughout the state for consumers who have no means to generate their own power. Victoria will most likely face the economics of this challenge within the next five years - 10 at most.
New technology rechargeable lithium batteries have a life-span of 20 years. This makes it cheaper to store electricity on-site than to pay the huge 'Service to Property' charge for 20 years. We plan to install batteries and disconnect from the grid, unless we can be attracted to keep putting our excess power into the grid.

How to adjust the balance: 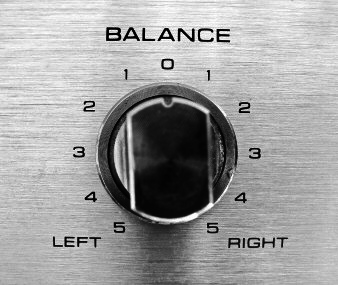 Having a Renewable Energy Target (RET) is helpful to stimulate jobs in this industry. But to really embrace the spirit of renewable energy, we need to set the price paid for electricity at a reasonable level. Power is sold at 21.2 cents kw/h retail not including GST. Any middle-men (service providers) should be buying power at a wholesale price and reselling it at a retail price, and that's all the margin that they're entitled to!
Victoria is so short of power that during hot, summer days, they turn off whole suburbs to save power in what they call 'load-shedding'. Victoria desperately needs the PV solar power infrastructure that ordinary Victorians are able to install. What is needed is a government with vision and the ethics to pay a reasonable amount for power, no matter who generates it. The service to property charge should be waived for those who put back into the grid. The alternative is that many thousands of people are going to disconnect from the grid. There is little incentive to provide power to the grid, especially as we have to pay a fee to connect to it.

It's up to service providers to attract me to generate power for them.

If Victoria is going to prosper into the future, then we will need more renewable energy. If the industry doesn't restructure in the way it does business, our main utility companies are going to be left with stranded assets. This will force a dramatic rise in the price of electricity for those who cannot get off the grid - in just a few short years.

It's a matter for government policy, so your MP should be your first port of call if, like me, you seek reform.
electricity victoria coal renewable_energy energy solar_power government

A lack of foresight will cost the Victorian Coalition government.

This tweet appeared yesterday, and has had more than 200 retweets. It's gone viral.

You may well wonder why the Victorian Government is handing out $25 million in corporate welfare to promote sub-standard brown-coal exports during a world coal slump? Yeah, I do too.
And there is a reason why they are regulating AGAINST wind-farms, and it's nothing to do with aesthetics or 'wind-turbine syndrome'.
"If you live in Melbourne, then you're a consumer of brown-coal."
I know you don't buy it by the bag from Woolies, but every time you turn a light on, another shovel-full of brown coal is injected into the furnaces in the Latrobe Valley to generate power. Brown-coal is a significant industry, and the more investment the Victorian Government can encourage, the better off they think we'll all be. This is where they've let the team down.
The whole world is moving towards renewable energy, even China. (China was buying approximately 95% of Australia's coal exports in 2012). But here in Victoria, the government have regulated against renewable energy. I believe this is to make sure you are dependent on brown-coal. (I'm led to believe there's been only one application for a wind-turbine in Victoria in the last 12 months, because the regulations are so strict.)

I'm not suggesting we hang a 'closed' sign on the power stations in the Latrobe Valley. In the short-term, we have no alternative but to burn coal. But I'm hoping the people of the Latrobe Valley are prepared to diversify. I expect the government to phase out our dependence on coal as many countries have already done. This significantly reduces global warming as power generation is one of the leading causes of greenhouse gases. Every time we burn coal, we're taking carbon out of the ground and injecting it into the atmosphere.
"We're geared against renewable energy."

If the Victorian Government seem a bit slow to adapt to renewable energy, it must be remembered that they are trying to protect an industry. They have no vision of a future without coal, at this stage. They have not planned for it; they are moving in the opposite direction. This shouldn't be surprising. They have consistently placed the economy before the environment, and we need to look no further than native logging for another example of environmental mismanagement. The government owned company, VicForests, are clear-felling sensitive ecosystems at a massive rate, before the new rules come in to protect Leadbeater's Possum. They are working hardest in Toolangi, in areas that will be off-limits to them soon. They show no motivation to save Leadbeater's Possum. Just a single-minded determination to get the wood out before the new rules come in.

Meanwhile, plantation timber-farmers who grew blue-gum trees to service the logging industry are going to the wall because they can't sell the trees, which our now mature. They can't compete with subsidised trees from our native forests; free trees... This is due to government mismanagement. The money propping up VicForests should be subsidising plantation timber!

What we need from the government right now is leadership on environment. The federal climate-change policy includes carbon sequestration, but this is a joke while the Victorian Government clear-fell the most carbon-dense forests on the planet.
I came up with a scheme to put solar panels on the roof of every Victorian home who wanted it, and pay it off on their (much reduced) power bill. I proposed a 10 cent tax on drive-thru restaurants to finance it. (You can avoid the tax by parking and entering the restaurant.) I couldn't get my state or federal member to show any interest in the scheme, and now I think I know why.

The reason they block environmental reform is because of economics. The Coalition Government don't appear to have planned for a renewable future. This is not just an oversight - it's a failure of government policy. They don't see themselves as being weak on environment, and this, combined with federal government budget backlash, will possibly cost the Liberal and National parties government in November.
Brad Lemon
18th June 2014
logging latrobe-valley coal brown-coal liberal-party national-party victorian-government coal-mining coal-exports renewable-energy
comments powered by Disqus