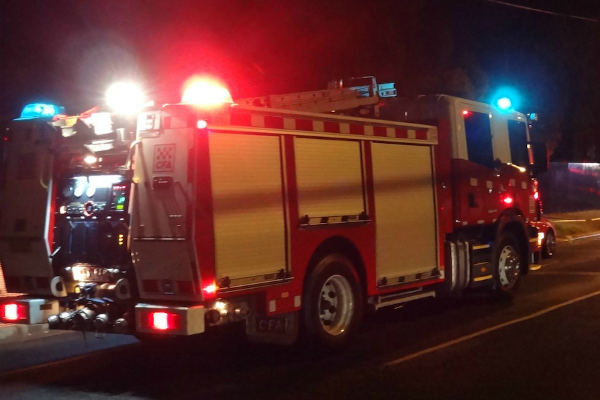 What is it like to drive a firetruck 'lights and sirens'?
We all fantasize about doing it! Most of us have done it on video games. The most powerful vehicle on the road. Everyone gives way. Well, nearly everyone. There are some idiots.
I've been unlucky enough to have done it so many times I've lost count, over the years. I say unlucky, because you have to see the bigger picture. The only reason for a vehicle to be using lights and sirens is because someone is in danger. It's not fun. While you're busy breaking the road rules, you're acutely aware that someone is desperately waiting for you to arrive. You're listening to information about the job on the radio, and you're trying to plan what you will do when you arrive. Your crew leader is giving everyone orders. You're terrified of what you're doing, and what you will find when you get there. But don't forget to concentrate on the driving...
The first time I did it was in 1986. I was a rooky with Langwarrin Fire Brigade. I'd been with them a little while, and had nearly earned my proper firefighter's jacket. I was still wearing yellow overalls. We were called ducks. A few of us ducks were sent off with the rescue unit to check and maintain fire hydrants one Sunday morning. I was the most experienced duck, so they made me crew leader/driver. While were out checking the hydrants, we got a call on the radio telling us to return to the station 'code 1' (lights and sirens). I asked them send the message again. They confirmed. A bunch of rookies shat themselves. I remember the first red light I ever drove through legally. I remember the cars which were in the intersection. I can tell you their colours, and exactly where they stopped when they gave way. I will never forget it.
Yes, it's a huge rush. But you're terrified out of your mind. If you make a single mistake, people will get hurt.
Some drivers get what we call 'siren syndrome'. They've got such a rush of adrenaline that they break out into a dramatic sweat, and they make a lot of mistakes. It's a common thing and brigades watch for it and help people to overcome it. A driver with siren syndrome may be told by the officer in charge to downgrade to code 3 (normal road rules) to reduce risk.
One of the most dangerous parts of driving code 1 is that the public often overreact and do crazy things right in front of you. It is intimidating to have a firetruck up your arse! It's not possible for us to avoid doing it - we have to get past. Oncoming traffic freaks out and swerves off the road to try to give you room. If a car gets onto the gravel shoulder of the road at 100kmh, it's likely to get out of control. The back end slides out and when it grabs it sends them straight across the road into the oncoming traffic (and you). That's if it doesn't roll. It's happened in front of me.
Some drivers pretend the firetruck doesn't exist and ignore it. If you can't get past them, you crawl along behind them wondering how they even got a license. Everyone in the cabin is swearing. You're on the horn, and they go slower...
You learn some pretty neat tricks after a while - how to get around traffic banked up at an intersection; how to get creative when forging new pathways. I learned that if you're on the wrong side of the road, oncoming traffic is highly motivated to give way to you. But that's very dangerous, because if just one driver doesn't see you, they'll drive straight into you with catastrophic results.
If there is an accident of any kind while you're traveling with lights and sirens on, it is always your fault. The rules say you can only break the road rules if it is safe and expedient to do so. If there is an accident, it obviously wasn't safe! So you are to blame. If someone dies, you will face the coroner.
And there are accidents. They are always tragic.
When you've done it a lot, you don't get a buzz from the lights and sirens. Instead, as you begin your journey, you have butterflies in your stomach and a feeling like you've got an unpleasant task to do and you'd best just get it done.
It takes a lot of practice to do it well. You have to operate the switch for the siren as you drive - changing the tone for straight sections, and emergency vehicles need to make a different noise when they are entering dangerous areas like intersections to let everyone know. Nobody else in the cabin will touch any of the controls. They're not allowed to even operate the switch.
Driving code 1 at night has greater challenges because the lights reflect off EVERYTHING. This makes you think there's movement everywhere, and it attracts your eye. You can't help it. The lights are very bright.
The siren drives you crazy. You turn it off whenever you can get away with it. When it's on, you can't hear yourself think. It makes communicating in the cabin of the truck difficult.
Yes, it's the greatest rush you can imagine. It's not a rush you can enjoy. Being able to break the road rules does not give you freedom - it ties you up in knots.
cfa australia firefighting roads victoria road-rules driving langwarrin-cfa 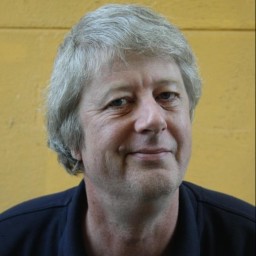